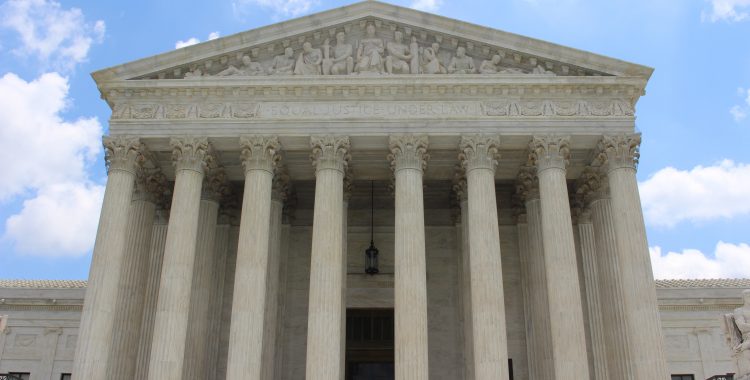 The Supreme Court of the United States in Fort Bend County v. Davis unanimously held that Title VII’s administrative exhaustion requirement is a waivable affirmative defense when not timely raised. Title VII of the Civil Rights Act of 1964 creates a multi-step process that employment-discrimination plaintiffs must follow before they may file suit. That process requires employees to begin by filing a charge with the Equal Employment Opportunity Commission (“EEOC”) or an analogue state agency. The EEOC then investigates the charge, and attempts to resolve it informally if it finds reasonable cause to believe there was discrimination.

Lois Davis worked as in the information technology department for Fort Bend County. In 2010, she reported to the human resources department that the director of her department, Charles Cook, was sexually harassing her. In March 2011, Davis submitted filed a formal charge of harassment with the Equal Employment Opportunity Commission (“EEOC”).

While her charge was pending, Davis was told to report to work on a Sunday. She told Ford that she had a commitment at church that day and offered to arrange for someone else to take her place at work. However, Ford told her that she needs to appear at work or get fired. She did not show up, and she was fired.  Davis did not amend her formal EEOC charge document to include religious discrimination.

Davis filed a civil lawsuit in January 2012 alleging discrimination on the basis of religion and retaliation for reporting sexual harassment.  Her religious discrimination case went to trial. At that point, for the first time, Fort Bend argued that the claim should be dismissed because Davis had not stated such a claim in the formal EEOC charge—and that such failure deprived the court of jurisdiction to hear the claim. The district court agreed with the county and dismissed her religious discrimination claim.

Davis’s case went to the Fifth Circuit, on the question of whether her failure to include religious discrimination in her EEOC charge was (i) an omission that deprived the court of jurisdiction; and (ii) if not, whether the County had waived the requirement by failing to raise it until after the case had wound its way up to the Supreme Court and back down to trial.

The Supreme Court’s Davis ruling puts the onus on employers to promptly raise their objections to get lawsuits brought under Title VII of the 1964 Civil Rights Act dismissed on the procedural ground that a charge was never filed with the EEOC. But it doesn’t remove a worker’s obligation to file administrative claims before going to court.

Prior to the Davis decision, some circuit courts had strictly limited the claims that could be brought in litigation to those listed in the charge of discrimination before the EEOC or a state or local fair employment agency, reasoning that a court’s jurisdiction was limited by the scope of the charge. The majority, led by Justice Ruth Bader Ginsburg, stated that when Congress expressly makes something jurisdictional, able to be brought up at any time to dismiss the case, the courts have to respect it. Here, Congress did not make such a distinction. There are procedural obligations that can be involved with a rule that make it “mandatory without being jurisdictional, and Title VII’s charge-filing requirement fits that bill.”