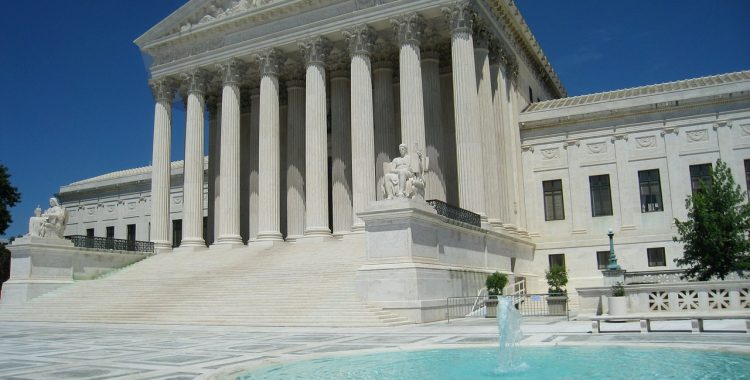 The United States Court of Appeals for the Eleventh is a federal court with appellate jurisdiction over the district courts in Florida, Georgia, and Alabama.  On March 10, 2017, in Evans v. Georgia Regional Hospital, a split panel of the Eleventh Circuit held that it was bound by prior precedent that Title VII of the Civil Rights Act of 1964 does not prohibit sexual orientation discrimination.  On July 6, 2017, the Eleventh Circuit declined the opportunity to reconsider its decision.  The United States Circuit Courts are now split on the issue, providing an opportunity for the U.S. Supreme Court to definitively decide the issue.

In April 2015, Jameka Evans, a lesbian security officer at Georgia Regional Hospital, filed suit, pro se, in the Southern District of Georgia alleging that she was denied equal pay, harassed, and constructively discharged because of her sexual orientation and because she did not have a traditional “womanly” presentation. After the Southern District of Georgia dismissed her claim, Lambda Legal Education and Defense Fund, a nonprofit national organization promoting LGBTQ rights, appealed on Evans’ behalf. On March 10, 2017, a divided panel of the Eleventh Circuit followed prior precedent that Title VII does not prohibit sexual orientation discrimination and upheld the District Court’s decision. The Evans panel held it could not rule otherwise absent action from the Eleventh Circuit en banc. Lambda Legal filed a petition for rehearing en banc.

While that petition was pending, on April 4, 2017, in Hively v. Ivy Tech Community College, the full Seventh Circuit overturned its prior case law holding that sexual orientation is not protected by Title VII. Lambda Legal also represents Hively. This landmark decision marked the first of its kind, and appeared to pave the way for other Circuit Courts to follow suit. Indeed, on May 25, 2017, taking the Seventh Circuit’s lead, the Second Circuit granted rehearing en banc in Zarda v. Altitude Express, in which a skydiving instructor claimed a violation of Title VII, alleging he was terminated after telling a customer he was homosexual. A petition for rehearing en banc also remains pending in the Second Circuit in the case of Christiansen v. Omnicom.

This year, for the first time in the 53-year history of Title VII, a split has developed between federal appeals courts on whether discrimination “because of sex” extends to bias based on a worker’s sexual orientation.  That is an issue the Supreme Court has never answered.  Moreover, in every year since at least 1979, bills have been introduced in Congress to extend Title VII’s reach to homosexual discrimination, but none of those bills has passed.

Lambda Legal immediately announced that it would be filing a petition for certiorari to the United States Supreme Court. The issue is ripe for review by the Supreme Court, given that there is now a split in the Circuits created by the Seventh Circuit’s decision in Hively that sexual orientation is a protected class under Title VII, and the Evans Court’s decision declining to reconsider the issue.